We have some exciting news for all you Star Wars fans out there right now, as ngmoco and THQ Wireless have just announced the arrival of the Star Wars Imperial Academy game that is exclusively for Apple iPhone and iPod Touch devices.

As recently reported by Stephany Nunneley over at vg247.com, the Star Wars Imperial Academy game is now available to download from the Apple App Store and judging by the itunes.apple.com website, the app is completely free (which makes it even more exciting). 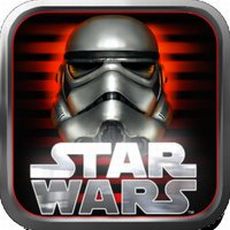 Star Wars Imperial Academy is a multiplayer game, in which players have to prove they have what it takes to become an Elite Stormtrooper by competing against fellow Imperial Academy recruits in 4-player deathmatch battles, which take place throughout the Star Wars galaxy.

You can find a better description of the new Star Wars game and a few screenshots via itunes.apple.com. As well as having their trusty E-11 Blaster Rifle, players’ armory will include the FA-3 Flechette launcher, PLX-2M rocket launcher, the ARC caster and E-11s sniper rifle.

Have you downloaded the app yet?