Are you getting excited about the future of Star Wars games? We have just had the Star Wars Episode VII cast announced and it immediately made us wonder if Disney’s agreement with EA also means that some of the cast will secure their voices for the upcoming collection of Star Wars games.

First of all, it’s important to note that we may not see a direct Star Wars Episode VII game, as EA has said that they want their Star Wars games to branch out and not be specifically tied to the movies – as we’ve seen with various Marvel movie tie-in games down the years.

Instead the likes of DICE, Visceral and BioWare have been tasked with creating Star Wars games based on other realms of the Star Wars universe, although obviously they are still very likely to contain the key characters that will be appearing in Star Wars Episode VII in 2015.

While it is sad that Star Wars 1313 has been cancelled, it’s refreshing to see that Star Wars Battlefront is currently in development by the Battlefield 4 team over at DICE.

It’s also good to point out that the Star Wars Battlefront release date window is in the same bracket as Episode 7 – which means that although Battlefront won’t be a direct tie-in, Disney obviously has plans to keep both projects closer together so fans can seemingly make a correlation between the two. 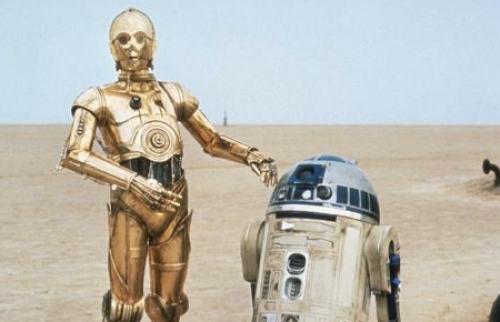 Imagine if Disney announce at E3 2014 that the likes of Han Solo (Harrison Ford), Luke Skywalker (Mark Hamill) and Princess Leia (Carrie Fisher) are all going to be included on the voice cast list of Star Wars Battlefront from DICE and the Star Wars game from BioWare.

All of the original cast has been confirmed for Episode VII so we have a feeling that there is a good chance that they may turn up in the games as well.

If you are looking forward to the first Star Wars game next year, let us know which Episode VII character you would like to appear in the game with their real voice. It has to be C3PO and Anthony Daniels surely?