This is going to be the most expensive version of the game and the Star Wars Battlefront Ultimate Edition price has been confirmed at $120.

For this price, you will get the Deluxe edition of the game with those in-game extras. On top you also get the Star Wars Battlefront Season Pass which has just been announced. 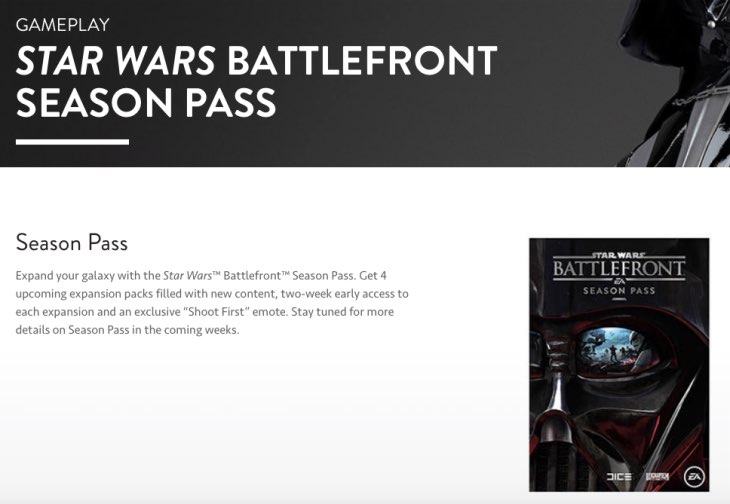 Just like previous Battlefield DLC, it is going to cost $50 separately and will include four DLC expansions including two week early access.

The Star Wars Deluxe Edition costs $70 to buy on its own, so adding the two together makes up the $120 price. Unfortunately there doesn’t appear to be any physical gift in the package such as a figurine – has EA missed a trick perhaps with those who wanted to receive a lightsaber in the Ultimate Edition?

The Star Wars Battlefront Ultimate Edition pre-order is live now on PS4, Xbox One and PC so let us know what you think of the package.

You can see the contents of the in-game items with the Deluxe Edition through the link above – do you think this package is worth $120 or not?