We are still getting over the amazing Star Wars Battlefront cutscenes that were shown a few days ago. In case you missed it, that footage was shot using the PS4 and now we have some info to reassure Xbox One owners that their version of the game is going to look fantastic too.

Producer Jesper Nielsen has been speaking about the game’s developer over in a discussion thread on Reddit. Naturally, fans have been very eager to find out more about the upcoming title and Nielsen has teased that Xbox One users are also in for a treat.

Given EA’s exclusive partnership with Microsoft, some were surprised that we saw the debut footage advertised on the PS4 version of the game. 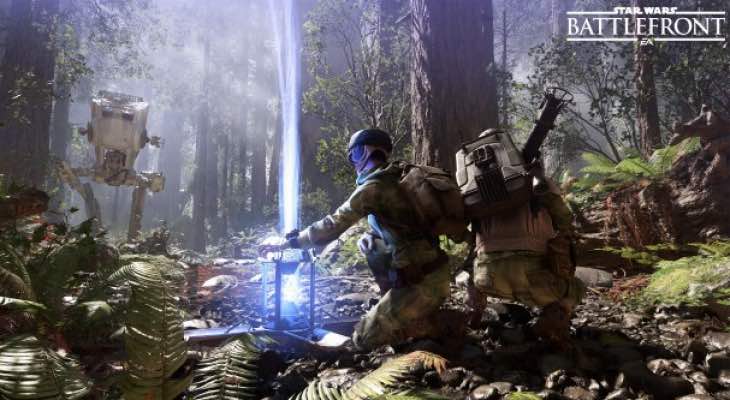 In the official press release for Battlefront, PS4 was also mentioned first ahead of Xbox One. Nielsen had this to say though however when pressed on how the Xbox version was shaping up.

“Yes, it looks great on Xbox One as well. But if you want me to start specifying if XB1 and PS4 versions look identical, etc., that’s a level of detail I just can’t go into yet. “

He also mentioned that it shouldn’t be too long until we see the first actual Star Wars Battlefront gameplay – i.e, the game running in real time without cutscenes, which is obviously what we all want to see.

It will be interesting to see just how good both games look. Given the amazing footage that we have just seen, we’re confident that it could go on to be the best looking game of 2015.

Can DICE pull off something special with Star Wars Battlefront? Give us your reaction to the recent trailer and let us know your expectations of actual gameplay once we see it.