We are again seeing differences with new AAA games releasing in terms of what the next-gen PS4 and Xbox One hardware can handle. This time it is Star Wars Battlefront, as the upcoming beta has confirmed that the game will only be running at 900p on PS4 and 720p on Xbox One.

The beta launches in a matter of hours for PS4, Xbox One and PC gamers and for those that love to hear about the technical aspects of a game – it may be seen as a negative, especially on Xbox One.

While some Xbox One owners are all about gameplay, others don’t want to keep hearing about their games coming out with a 720p resolution. 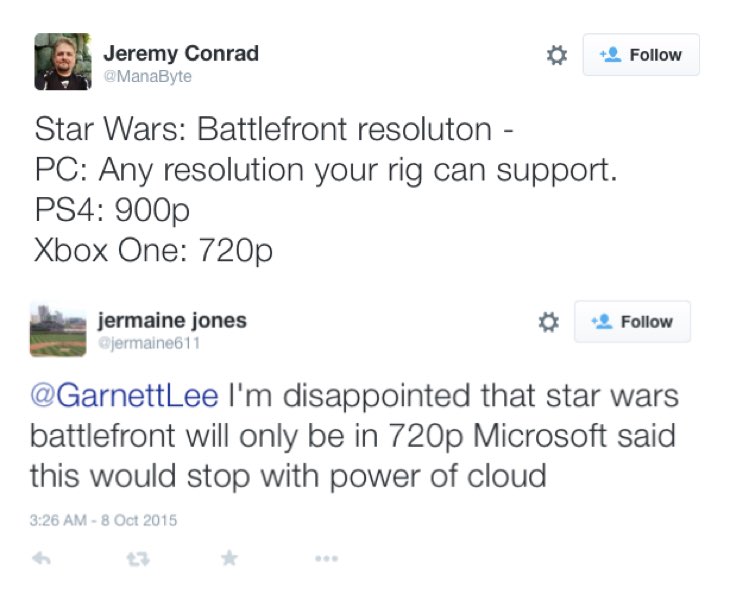 Star Wars Battlefront’s current build is though and it remains to be seen on whether Microsoft will now have to take action again and try to boost it up to the 900p mark, as we have seen with other games previously.

Social media is igniting right now over the news, with PC owners the big winners after hearing that their version will support up to 1440p – great for those that have the rig to handle it.

Gameplay is still key though, so let’s see how the beta handles with these resolutions in tact. Be honest console owners, is 900p on PS4 and 720p on Xbox One really that important to you or not?