Those who were thinking of putting a pre-order in for the standard version of Star Wars Battlefront, may want to pay a bit extra for the deluxe edition.

Official Box art for the Star Wars Battlefront Deluxe Edition on PS4 and Xbox One has just gone live and it looks gorgeous.

It’s fair to say that the hype for this game is unprecedented, with DICE having taken their sweet time to show the first reveal trailer – we still haven’t had actual gameplay remember. 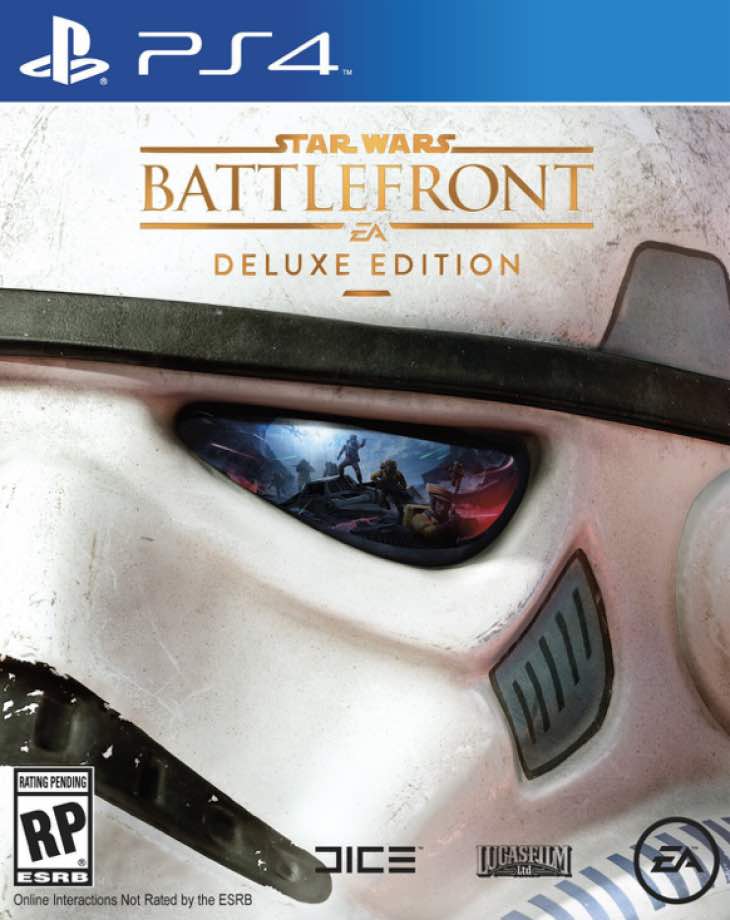 Now though, feast your eyes on the lovely box art for the Deluxe Edition which comes with five in-game item unlocks in the DL-44 blaster, Ion Grenade, Ion Torpedo, Ion Shock and Victory – as confirmed on Amazon’s listing here.

More importantly, your pre-order also gives you early access to the Battle of Jakku and the Battle of Endor maps – one week before owners of the standard edition get to play the content.

The Deluxe Edition is $10 more expensive than the standard edition at $70, but it is a decent package given the early map access and the bonus five in-game items.

What are your thoughts on the box art above – which version will you be buying?