Inevitably, some gamers have let their excitement get the better of them and have already begun to upload leaked footage online.

EA has been quick to remove any videos appearing on YouTube, but we can see that some are still available via other hosts.

The always reliable AllGamesBeta managed to upload some of the footage to DailyMotion and we’ve included those videos below. If you plan to get the game, we advise you to watch the clips while you still can as there’s no telling when they’ll be removed. 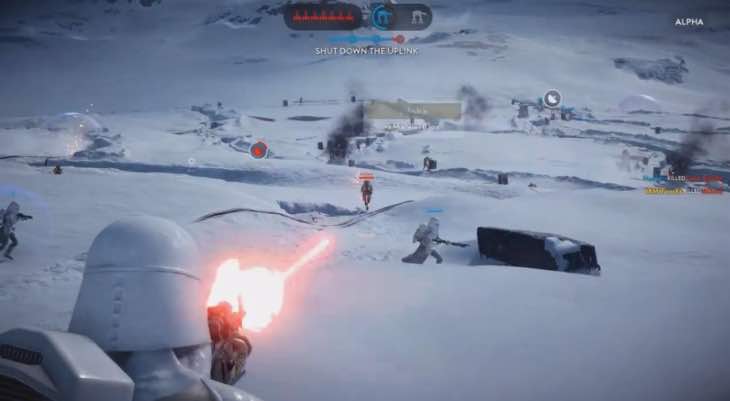 As for the footage itself, it’s absolutely mind-blowing. If this is an indication of the graphics from an alpha build, just wait and see what state the game is in five months later once DICE has time to improve visuals further.

The game looks like a technical marvel in all honesty and although EA won’t be too happy about the alpha becoming public knowledge, we can see that we’re not the only ones who are shocked at the high quality of the alpha.

Enjoy the clips below while you can and give us your reaction to what you have just seen. Is Star Wars Battlefront the number one game to look forward to in 2015 based on this footage?