Unfortunately, it looks like the user reviews have brought the game down in terms of the overall score, with many still acting shocked that there isn’t a campaign mode in the game.

Developers DICE made this perfectly clear at the start, but still we can see that there has been something of an over-reaction with many negative reviews left which are actually now higher than the amount of positive user reviews for the game. 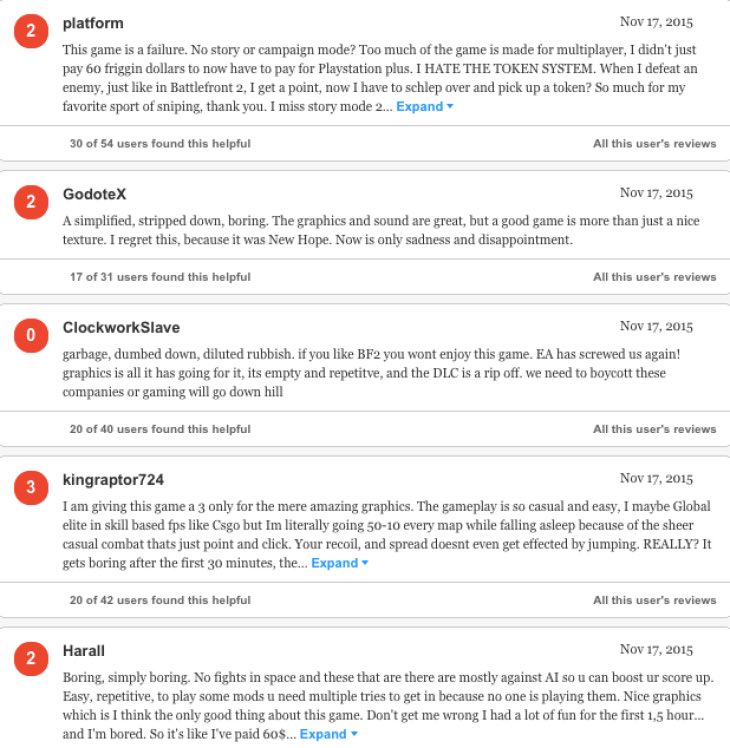 In terms of critic response to the game though, this has been good as expected. There are no negative critic reviews for the game so far, with 16 positive reviews published and 11 mixed resulting in a 74 Metascore.

Remember that we still have the free Star Wars Battle of Jakku DLC to come in December, while DICE will be adding new modes to the game as part of the Season Pass content.

Do you think the negative reviews being left by users, not critics are overly harsh or justified? Many feel that the game isn’t worth the full price for the amount of content included at launch so we invite you to leave your opinions on this topic below.