We are now just hours away from the exciting start of the Star Wars Battlefront beta. One major feature of the beta will allow you to play as either Luke Skywalker or Darth Vader, depending on your faction.

Both Star Wars characters are inside the hero coin system and now we have some gameplay to explain how the Star Wars Battlefront Hero coin system will work and how it looks when directly in battle.

Developers DICE have inserted these coins into maps at random locations, which will spawn at random times. The coins will allow you to redeem the ability to play as Luke Skywalker for the rebel alliance, or Darth Vader from the galactic empire.

The twist is that you only have two minutes on average to use these characters, but if you are good enough you can expand this to over five minutes if you keep on killing. 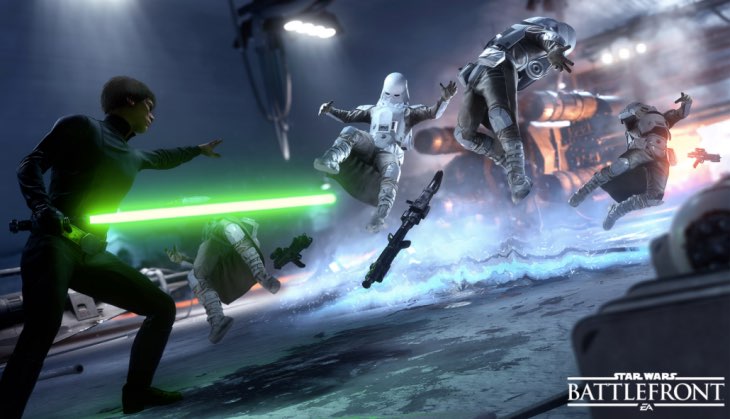 As you take damage your time as the two heroes will expire quicker, so there is definitely going to be a lot of madness once the beta servers are live and players are racing to find those token drops.

The random spawn locations are a good idea, as this eliminates the inevitable possibility of players just campings spots if the coins spawned in a set area.

Watch the gameplay clips that we have added below, showing what happens when you pick up a hero coin on the rebel alliance allowing you to play as Luke Skywalker – that force push looks incredible!

Are you excited about the beta? Let us know your thoughts on the hero coin system and which side you are planning to play on primarily.