While Star Wars Battlefront is available with EA Access at the moment, we can already see that some have received early copies of the game one week early.

It is now common knowledge that all games have these Day One updates, as developers face a race against time to fix up any last minute bugs or issue tweaks that they didn’t have time to implement before shipping the game to retailers. 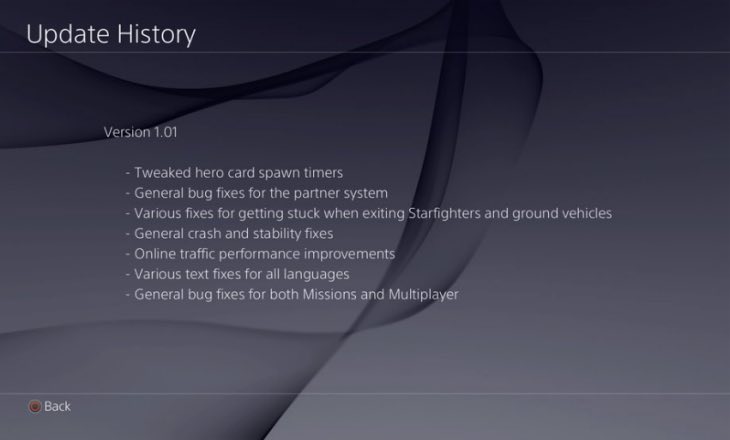 As you can see, DICE has tweaked the spawn times for hero cards as well as what looks to be an important fix to stop players getting stuck in starfighters and ground vehicles in Star Wars Battlefront.

Are you playing the game already? Give us your thoughts below if so and let us know if you feel your launch purchase was justified.