Are you all having fun with the Star Wars Battlefront beta which is now openly available? Elsewhere, PC owners have been digging away at the game’s internal files and have once again uncovered some juicy secrets relating to unannounced characters and game modes that DICE haven’t discussed yet.

Brace yourselves as it looks confirmed that Han Solo, Princess Leia, Boba Fett and Emperor Palpatine are all coming to the game.

We’re not sure if they will be playable in the same sense as the current Luke Skywalker and Darth Vader hero drops, but they certainly have substantial roles to play in the game’s campaign.

We know this as the voice files for all of the characters above have already been plucked out of the game’s files and are available for viewing over at Soundcloud – as exposed over at Reddit here. 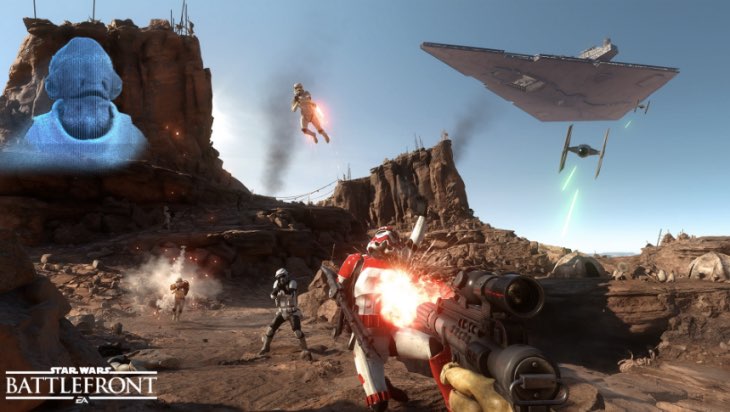 On top of this, two new Star Wars Battlefront game modes have also been uncovered. These are Hero Hunt and Heroes vs Villains – the latter of which is probably going to end up as a fan favorite game mode for all Star Wars nuts out there.

Remember that these are not confirmed yet, but they are in the beta files which means that they are definitely coming in some form.

Also bear in mind that this is probably not the final lineup of heroes, fans will also be expecting to see a lot more such as Yoda, Count Dooku, Mace Windu and Obi Wan Kenobi to name a few.

What are your thoughts on the new character and game mode leaks? We’ll update you when we have official confirmation on this.