This will be coming in the weeks ahead according to the official website, but you can actually sign-up to be ‘notified’ first once this information goes live.

It’s not the real sign-up process, but it is the next best thing so we suggest leaving your details with EA regardless – what’s the worst that could happen?

The beta itself will include a 40-man dogfight, on Walker Assault between the Rebels and the Empire. Players will have the ability to fight as either Luke Skywalker or Darth Vader, which sounds really epic and a lot of fun with 40 players on at the same time. 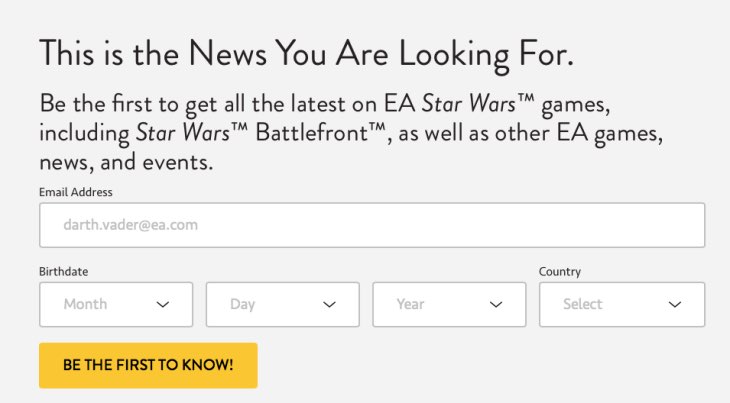 Also included in the beta is a Survival Mission on Tatooine and a something called Drop Zone which DICE will be revealing very soon.

The Star Wars Battlefront beta start date on PS4 and Xbox One will be sometime in early October, before the game launches on November 17.

Are you excited to be able to test the game? EA has not revealed if you will need to pre-order or meet certain criteria to get into the Star wars Battlefront beta, so hopefully we’ll be able to clear this up soon.

We will of course update this article with the details once we have them.