For those that are not aware, the beta has been playable since October 4 and doesn’t open up to everyone else until Friday October 6.

If you are desperate to play early though, you could get yourself a code by heading over to the Battlefront 2 support website and tell EA that your code doesn’t work. 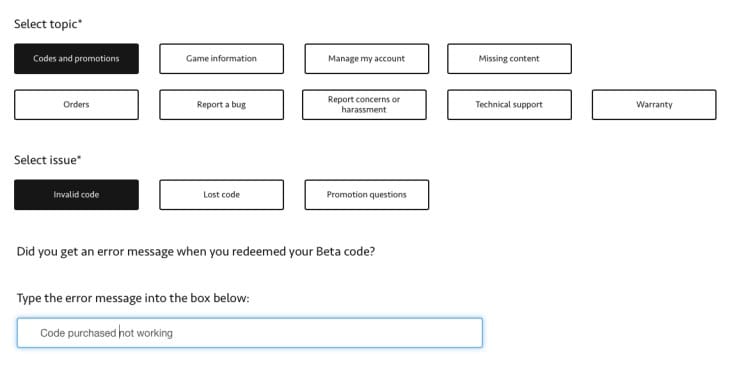 It has been revealed that EA has been using an automated system for their beta support and as a result, players have been receiving free codes via email.

You have to follow the steps above by clicking ‘codes and promotions’ followed by ‘invalid code’. From there, select the reason and an email for EA to respond to and you should receive your code very soon.

This has been tried and tested and proved to work for many gamers, so let us know if it worked for you. Are you playing the Star Wars Battlefront 2 beta right now?