We can see that there has been a new Star Wars Battlefront 1.03 update to coincide with the launch of the Battle of Jakku DLC for those that pre-ordered the game for early access.

However at the same time, we can see that there has been a lot of frustration within the community, as DICE’s Battlefront 1.03 patch notes appear to be on the vague side without actually going into detail on what has been fixed.

Firstly, take a look at the official Star Wars Battlefront 1.03 changelog for PS4, Xbox One and PC below as posted by EA hours ago: 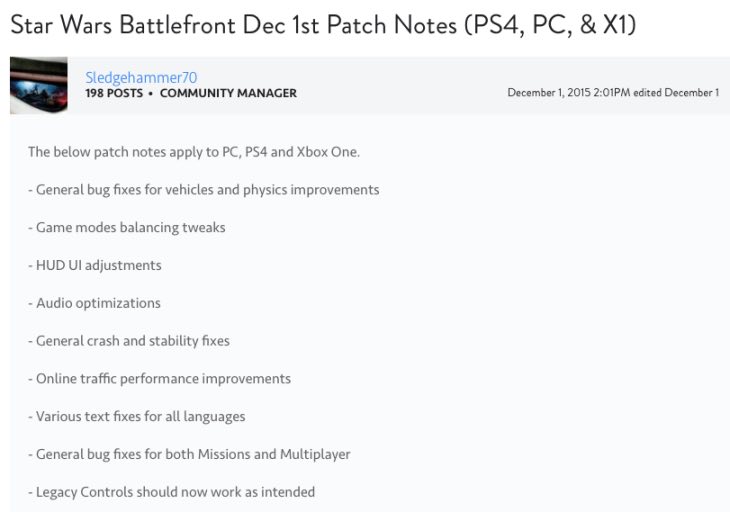 As you can see there is a lot of use of the term ‘general’, when 9/10 players would really want DICE to go into detail on what general actually means.

Although not confirmed, there are rumors that the 1.03 update specifically nerfs the DL-44 blaster, along with reducing the effectiveness of the Barrage Star Card.

You can see the ongoing discussion here on Reddit, with many players unhappy that DICE are not revealing the patch notes in their entirety.

Do you agree that the developer needs to be more transparent with future patches? Let us know what you have spotted different in 1.03 to give other players a heads-up.