If you would like to see a Star Wars: The Force Awakens countdown clock, then rather than setting one up for yourself as a reminder to when the movie will be released, there is an easier way. The official Star Wars app comes with its very own Countdown, not only for the release of what is set to be the biggest movie in history, but also various other important releases, such as Rouge One and Episode VIII.

This Star Wars app is a lot more than just about the The Force Awakens, and also the countdown to its release date, and it all starts with you selecting as a Droid, Light or Dark Side to decide the theme of the app. The app was recently updated to include Jakku Spy, which is a serialized Google Cardboard Virtual Reality experience.

However, this is just one of its many features, such as is dynamic interface that gives you access to the extensive world of Star Wars. You will be sent instant notifications of the latest announcements, and movie news. 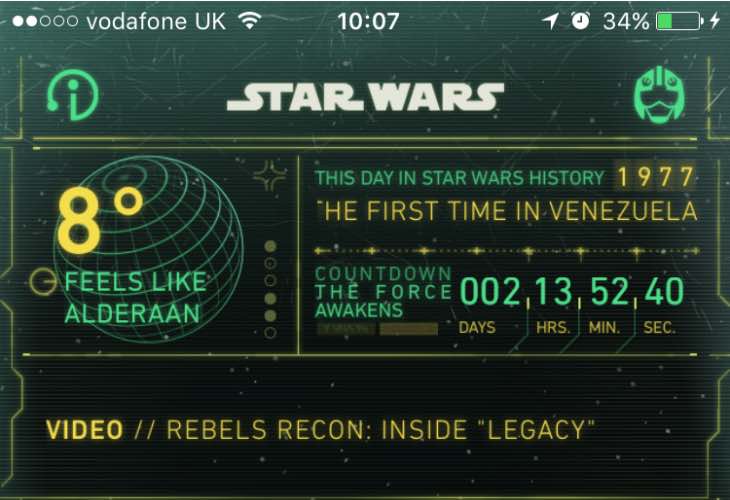 You are able to unlock different 3D characters from the upcoming Star Wars: The Force Awakens movie, which is done with the Augmented Reality camera feature.

There is also a training mode to help pass the time by brushing up on your Lightsaber skills. You can also see the latest weather reports, but with a Star Wars theme. 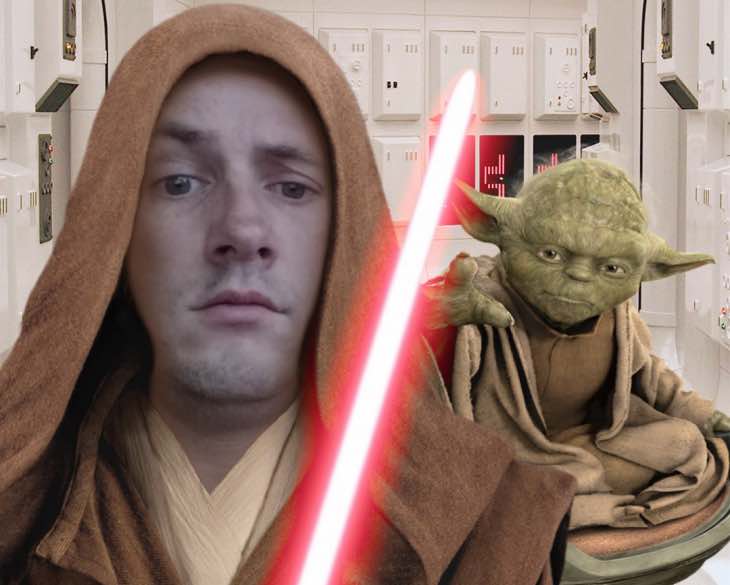 It’s not all about the new movie and what is to come for the future of this franchise, as there is also an area where you can play classic clips and sound effects from previous movies.

Not only that, but you can also get the app to access your camera and take some fun images with your favorite Star Wars characters, which we had to test out for you above.

You will also notice a special Tickets section which gives you direct access to buy cinema tickets in your area. And finally, there is the More section that will point you in the right direction of the many Star Wars gaming apps. Download the app via Google Play Store or the App Store.