Google are back with another fantastic animated Doodle, and this is quite possibly the most interactive one yet, letting users join in on the fun in a lengthy brain teasing exercise. It’s all in aid of the 60th anniversary of Stanislaw Lem, one of the best Sci-Fi authors to date.

If you are a fan of Sci-Fi novels, you’ll have probably read Solaris, which is arguably Stanislaw Lem’s finest book, although you may be familiar with some of his other books such as His Master’s Voice and Fiasco.

We’re going to focus on the Google Doodle as always though, and what a treat Google has provided everyone. Unlike their standard animation doodles (check out their Halloween one here), this one is highly interactive and it allows the user to participate in a series of games using an animated character that bears a resemblance to Stanislaw Lem.

Games include tapping digits into a giant robot’s calculator body, with the user having to alter the layout of certain digit patterns in order to get the correct math code, since the robot makes life difficult for you. Next you’ll have to allign the correct frequency patterns that you see moving across the screen, by using the buttons and arrows to select the right pattern. Each time more buttons are required to match the pattern, as you’ll see in an example below. 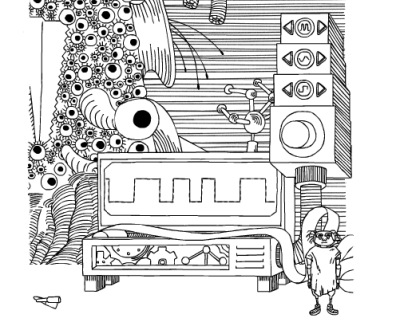 Finally, you just have to fire off the rocket so that the little character lands on the moving cube across the screen and once you’ve done this step, you’ll get the final piece needed to reinsert the head of another peculiar character, and pressing the button one last time will start an explosion and redirect you to the Stanislaw Lem Google search results page where you can view his Wikipedia page for further information.

As far as we’re aware, we haven’t seen such an interactive homepage game from Google before, one which requires users to think a bit. The Pacman Doodle was great of course, but this just might be a close contender for the best Doodle yet. You can check out the design for yourself now, providing that your time zone has already reached November 23. For those of you that can see, what are your thoughts on Google’s design – did you play the game till the end? 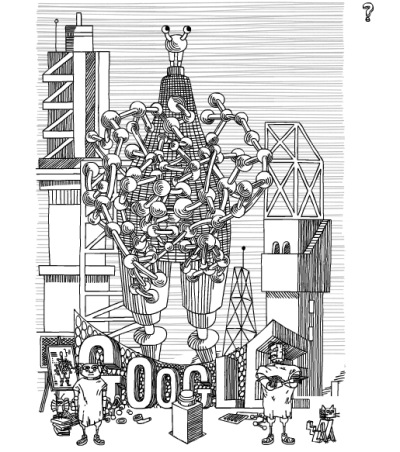