Up until now, the only information we’ve been able to provide on the upcoming SSX: Deadly Descents game was a few screenshots, a trailer and news about the official website. However, it now appears that a few more details are beginning to trickle in, including the confirmation of 3D.

Although information for Electronic Arts long-awaited title still appear on the scarce side, the Official Xbox Magazine’s March issue does include a few more details to help us out a little. For example, according to WhoIsDo at stickskills.com, an early tagline for the game is “Race It, Trick It, Survive It.”

Another interesting bit of information is the fact that the SSX: Deadly Descents game is not being developed by the Skate team and won’t feature Skate-style controls, as rumors had previously suggested. Survival challenges are said to include making it through the Himalayas’ oxygen-barren “death zone.” 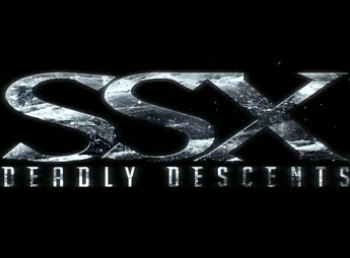 It looks like we could well be seeing an “Autolog” feature in the SSX: Deadly Descents game as well. According to the article, the team behind the game was so impressed with the Need for Speed: Hot Pursuit feature, they are now thinking of implementing into the SSX sequel.

As Tamoor Hussain at computerandvideogames.com reported, details for the upcoming game have also appeared in the latest issue of the PSM3 magazine, which as mentioned above included confirmation that the title will indeed be playable in 3D. You can read more at CVG.

What do you think of the SSX: Deadly Descents game from what you’ve seen and read so far? Do you think having an “Autolog” feature within the game is a good idea?