Last week we brought you news about the possible future release of a new SSX (Snowboard Supercross) game, which was then confirmed during the 2010 Video Game Awards this past weekend. We now have a few more details of the upcoming SSX: Deadly Descents title, as well as the first screenshots.

As recently reported by Owen Good over at kotaku.com, Electronic Arts has just unveiled its official SSX: Deadly Descents webpage over the weekend, which provides fans of the series with a little more information about the upcoming snowboarding video game. 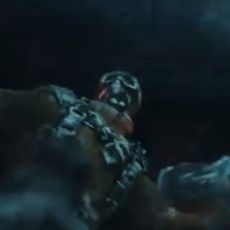 The new game is said to tell the story of a team of snowboarders, who are looking to become the first to descend the faces of the world’s most treacherous mountain ranges including the Himalayas, the Alps and Antarctica. Players will be taking on both the mountains, and a rival team of snowboarders.

There are a total of 3 screenshots available, which can be viewed at kotaku.com. If you want to learn even more about the game then you can always give the official webpage a visit here, or visit the SSX: Deadly Descents Facebook page here.