There has been a huge leak today for gamers, with confirmation that the rumored Spyro Remaster looks to be definitely on the way this year.

We told you about those rumors here, but now Amazon Mexico and Amazon India have leaked the game ahead of an official announcement by Activision, revealing the game title to be Spyro Reignited.

A Spyro Reignited release date has also been listed for September 21 and if the leak is correct it will offer remastered versions of Spyro 1,2 and 3 in high definition and giving players over 100 levels to get through.

Now it looks like the secret is out as screenshots have been leaking out from Amazon and the official Spyro website which hasn’t gone live yet. 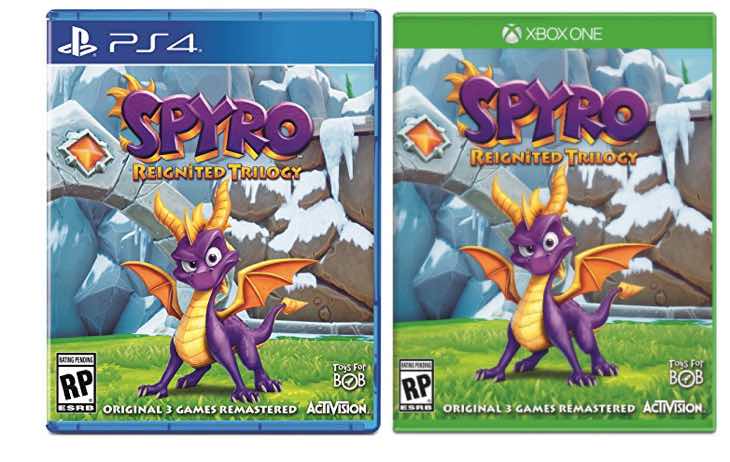 You can see a comparison screenshot from the remaster and the 1998 original side by side and we think fans will be impressed by the results. We also have the box art as well and apparent confirmation that Spyro Reignited will be coming to Xbox One, as well as PS4.

As we wait for Activision to confirm everything, let us know your reaction to this leak. Are you a fan of the Spyro series and remember playing them on PlayStation 1?