HTC smartphones which feature a slide-out QWERTY keyboard are few and far-between, last year we saw the HTC Desire Z, now it looks as if an announcement for the Windows Phone 7-based Sprint HTC 7 Pro’s release date is coming soon.

A recent tweet from the official Sprint Twitter account read “If you could design a brand new phone, what would it have? Ours will have a hub for gaming, music, pictures and video. #comebackfeb24” we know that the HTC 7 Pro features a hub and is headed to Sprint, therefore we presume that this is Sprint’s first hint at the HTC 7 Pro release date announcement.

The “#comebackfeb24” part of the tweet suggests that a release date and price will be revealed on Thursday, if you want to hear the news as Sprint announce it you should follow them on Twitter, if you don’t use Twitter don’t worry as we will be posted details as soon as they are announced. 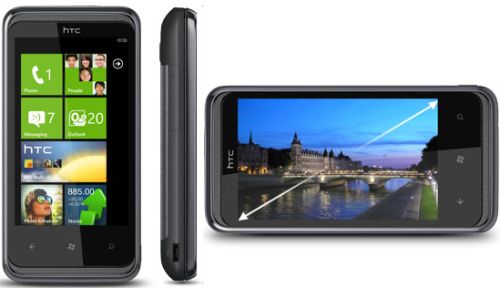 If you would like to find out more about the HTC 7 Pro before a release date is announced you should head over to HTC’s official overview, here you can see full specifications, features and some photos of the handset, all in all it looks like another great HTC smartphone.

What has convinced you to buy the HTC 7 Pro?