The Sprint event has now begun and what started off a little strange with David Blaine has now turned into something what we all expected — the launch of the Kyocera Echo. What we know so far as that this dual-screen device will run on Android 2.2 — hopefully waiting for 2.4 — and will cost $199 when released in the Spring. More on this can be seen in the video that we have embedded for you below.

The two 3.5-inch screens can be mated together to create a large 4.7-inch display, which we have to say is very impressive. You can clearly see by the images from Engadget that there is no front-facing camera — which we do find very strange to say the least. However, that dual-screen more than makes up for this.

The benefit of this is being able to truly multitask, so you can have two browsers open at once on the same page, much like you do when running a PC or laptop. There are some issues with the Kyocera Echo though, the first is its size and the second is its weight; more than an HTC EVO 4G according to LaptopMag. 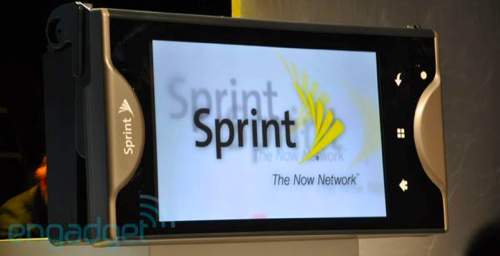 The other issue is with its single-core 1GHz Snapdragon processor, as other smartphones coming to the market are packing a dual-core CPU, such as the rumored HTC Pyramid. However, we have to remember that this lack of hardware is reflected in the price. There were hopes that this handset would be packing 4G technology, as Sprint has the tools for it; but sadly this feature has been left out.

We will take a closer look at some of its other features later, for now we hope that the video will be enough for you? What are your first impressions?