Following on from our earlier report which informed you about about the dual-screen equipped Kyocera Echo smartphone, we now have some great high quality pictures for you to check out which Sprint has provided over at their website.

If you didn’t know already, the Kyocera Echo will be available to buy on the Sprint network, and should be launching near Spring for around $199 on contract.

The device is an Android handset, although we’re a bit disappointed that it will only be running Android 2.2 Froyo out of the box. The dual capacitive touch screens do look rather nice though, so apart from the phone features it will offer – we’re excited to see how developers can make the most out of the touch screens. 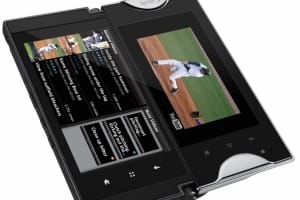 Sprint has just put up a collection of images of the Kyocera Echo, and you can view them all here. What are your thoughts about the design – do you like it? Kyocera could have done a little better in the style department, but it doesn’t look too bad, although perhaps a little too thick for our liking.

Considering that this device won’t come with 4G support, the latest version of Android or a dual-core processor, we have to put the Echo on the ‘maybe’ pile for now. We’re hoping some further features and build-up from Sprint do their part to try and change our minds. 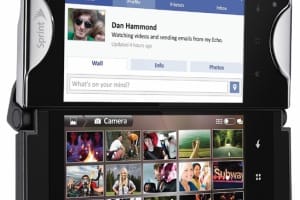 What are your initial impressions of the Kyocera Echo?