The Sprint HTC EVO 3D has only been on the market for a week, and already it has been showing some real life potential. You can see that the design of the handset is a lot like the original EVO, but with one major difference — two cameras at the rear of the device. It is those two cameras that make it possible to film in 3D.

It is hard to imagine how one feature change can transform a device into something much better — but it does. So what are those real life potential things that we spoke of above? Well this is all down to what you can record and upload to websites or watch them on a 3D capable device, such as a laptop or TV.

How many times have you wanted to view an image or video of a property on a real estate website, only to see that it looks much different in person? Now with the use of the Sprint HTC EVO 3D realtors will be able to film the footage in 3D and offer a much better representation of what that property looks like — allowing certain features to jump out at you, as if you were really there. 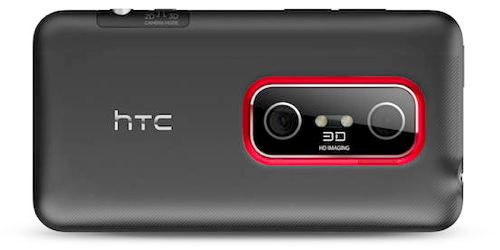 Another great benefit is when there is no-way that you can make it for your child’s sports day, but recording the day on the HTC EVO 3D (which will be released in the UK later this year) will make it almost as special to you. That way you will be able to sit down with your child later that day and watch as the ball looks as though it is coming right at you — now that moment is priceless.

These are just two examples of the real life potential of Sprint’s new handset, but can you think of any more?