Finally, US carriers are getting their acts together and started to release the Android 5.0 Lollipop update for the Samsung Galaxy S5, and about time to. We have already seen Verizon make this new version of the mobile OS available to its customers, and now it is the turn of Sprint.

If you are a Sprint customer, then you will be pleased to know that its Galaxy S5 Android 5.0 Lollipop update goes live today, and about time to we can hear you saying to yourself. It does seem strange why it has taken so long for the S5 to get this latest update, especially when the Galaxy S6 unveil looms and the fact Lollipop has been available to other handsets since November, although the HTC One M8 is still waiting for the update. 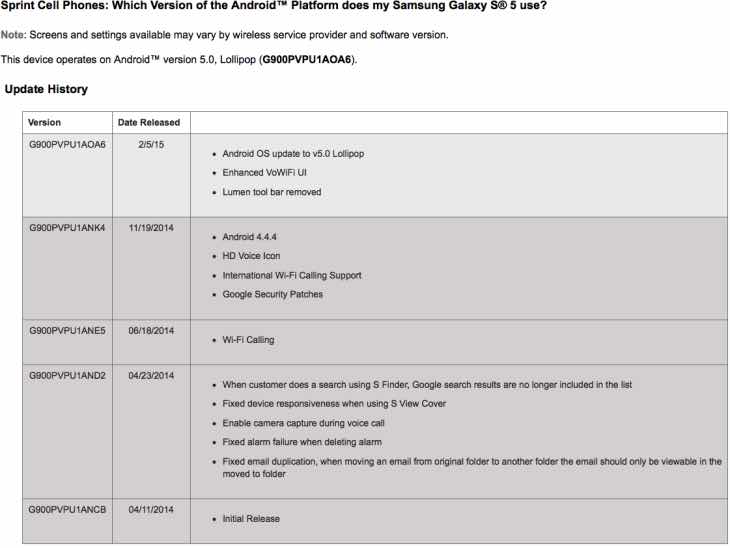 Having said that, this is the nature of Android and is something that will never change.

Don’t expect all Sprint customers to receive the update on February 5, 2015 — The Samsung support page says that while the new Android 5.0 update will begin today, it will be a staggered rollout, and so some of you may have to wait until the day after.

Don’t feel too hard done by though, as you can be happy in the knowledge that you have beaten AT&T and T-Mobile to the plate.