Yesterday we told you that the UK carrier Three had confirmed that they would be offering the BlackBerry Curve 9360 sometime soon, well now we can also confirm that a similar variant is coming to Sprint, this is the Curve 9350 and its price should attract quite a lot of attention.

The Curve 9350 is by no means one of RIM’s most impressive smartphone offerings, but it will give consumers a great social networking experience thanks to a great physical QWERTY keyboard and an intuitive user experience (thanks to BlackBerry 7) for a cheap price, not only this but it boasts NFC support.

According to the official press release Sprint will begin offering the Curve 9350 from September 9, customers will have to pay just $79.99 (excluding taxes) when agreeing a two-year deal, this price is available to both new customers and people who are eligible for an upgrade, it also takes in to account a $50 mail-in rebate. We are also told that some Sprint customers could pick up the 9350 for as little as $49.99, again this takes into account a mail-in rebate. 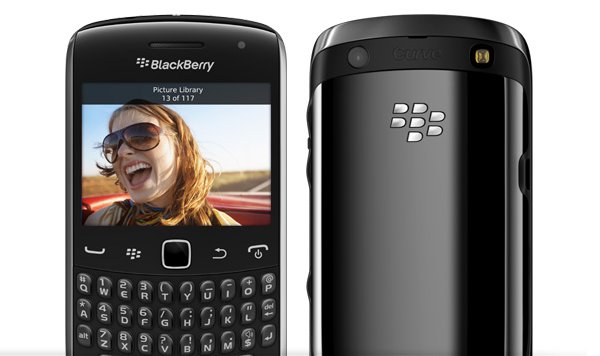 So what do you get for your money? Well as previously mentioned you get a more fluid and intuitive user experience thanks to BlackBerry 7, also we can confirm that you will have WiFi b/g/n, Bluetooth 2.1+EDR support and NFC at your disposal. In terms of tech specs we can confirm that you get a 2GB microSD card as standard (support for 32GB), 512MB RAM, a 5 megapixel camera with HD video capture and an 800MHz processor – the display doesn’t boast touchscreen functionality but it does measure in at 2.44-inches and outputs at a resolution of 480 x 360. When compared to previous Curve smartphones it has much better internals, yet manages to come in thinner and lighter than its predecessors.

In terms of key features Sprint are keen to promote its DataViz Docs To Go Premium suite which allows your to edit Word, Excel and PowerPoint files, also BlackBerry Bridge is supported which means you can link it up to the PlayBook, finally as you would expect you have full access to BlackBerry App World and BlackBerry Messenger (BBM).

You can find out even more about the BlackBerry Curve 9350 over at BlackBerry.com, we think it will be a very popular mid-end device for those who love Facebook and Twitter etc, however the 800MHz processor may hold it back in terms of multimedia capabilities.