As many Sprint consumers are praying that Apple and their carrier can come to some sort of agreement over the rumored iPhone 5 release, we have just heard some fresh information which claims that Sprint may also be getting a version of the iPad 2 tablet as well.

It sounds too good to be true doesn’t it, an iPhone 5 and an iPad 2, but that is one scenario which actually may take place according to this report over at 9to5Mac which suggests that it is a done deal between Sprint and Apple.

Just like the carrier-specific versions of the iPad 2 for Verizon and AT&T, Sprint may soon be getting their own version too, and it could be either a version for Sprint’s old 3G network, or their speedy 4G WiMAX network which continues to be one of their major selling points. If Sprint does get a WiMAX iPad next month, you can see the bragging rights from a mile away – ‘Sprint’s first 4G-capable iPad 2’ which would take a direct potshot at Verizon and AT&T.

Although unlikely to happen, a perfect scenario would be for the Sprint iPhone 5 to have 4G WiMAX support too, but this may prove to be too much hassle for Apple as they look to release versions for three of the four major carriers in the US. There is no release date attached to the Sprint iPad 2 rumors, but the report also states that it could launch alongside the iPhone 5 or just afterwards.

Whatever happens though, now seems to be the perfect time to switch to Sprint, as it looks like they are definitely getting the iPhone 5 at least, one which may have an unlimited data plan to beef it up even further. What are your thoughts on this? Are you impressed with the way that Sprint are quietly going about their business in the mobile industry? 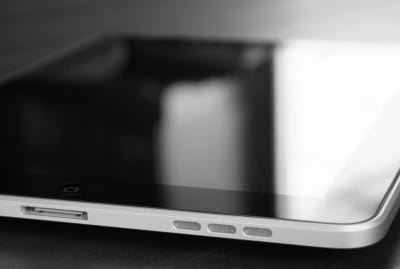