Now that the dust has settled on the surprise launch of Spotify on PS4 hours ago, we think we speak on behalf of most PS4 owners by saying that it’s now the best app available on PS4.

YouTube is good don’t get us wrong, but Spotify is really impressive. Not only can you have free music from a library of millions of songs, but you can even play them in the background on any game.

Think about that for a second – you can play your favorite games, with your favorite playlist of choice running in the background, that’s a complete game changer. 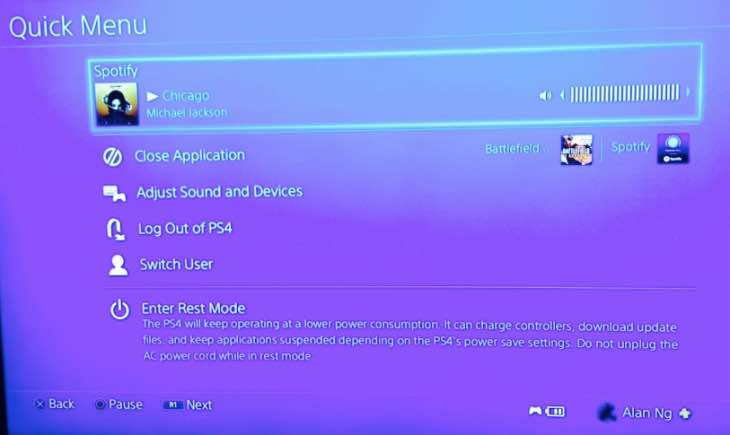 As the icing on the cake, you can also search for songs on your mobile phone or laptop and it will play directly on the TV thanks to Spotify Connect – obviously much more convenient than typing on the Dual Shock 4.

The big question is though – Will there be a Spotify Xbox One release date? Right now, it’s no secret that Spotify has an exclusive agreement with PlayStation as you can see right from the icon as it’s essentially a merger with Music Unlimited.

We can tell you that Sony UK has confirmed this week that Spotify on PlayStation will be available on PS4 ‘for the forseeable future’.

Does that mean that there’s a chance Microsoft could still offer the service to Xbox One owners? If you are using Xbox One and also love Spotify, let us know if you are feeling slightly jealous about the new app that arrived on PlayStation this week.