News of a new signing for Europe’s popular music streaming service Spotify could see it one step closer to a U.S launch. It’s the second signing this year showing that it could happen very soon.

Last month the subscription based music service was reported to have signed a deal with Sony Music, and according to Business Insider only needs two more major signings to be able to compete in the U.S.

Having already signed two of the biggest labels in the world it just leaves, Warner Music Group and Universal Music as major labels left to sign. Spotify would need to sign these as Sony already have a music service in the U.S, Music Unlimited which includes all four of the major record labels and there is also Rhapsody. 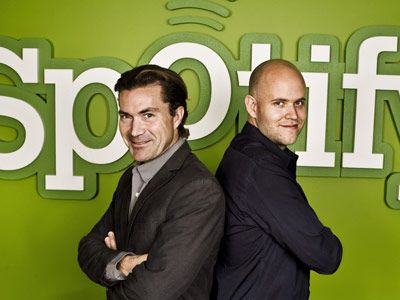 As Slashgear reports Spotify has around 750,000 customers currently subscribed and paying and over 10 million using the free trial. Apple’s new fees for subscription and the fact that the U.S charge high royalty fees, means Spotify have a lot of adjusting to do.

What do you think to the new signed deal between Spotify and EMI? How do you think Spotify would do in the U.S? Let us know what you think.