The Spotify app is now live on Sony’s latest PlayStation 4 console after an expectation that the music streaming app would release today. Moments ago, we took the screenshots seen on this page, which reveal the Spotify app live on PS4 after a quick download.

Sony isn’t just waiting for users to search for Spotify, instead they are pushing the app to everyone’s main menu bar making some wonder how to remove the Spotify app icon. This sounds similar to the SingStar icon appearing on PS3 a few years ago, which upset certain users that weren’t interested in that application. 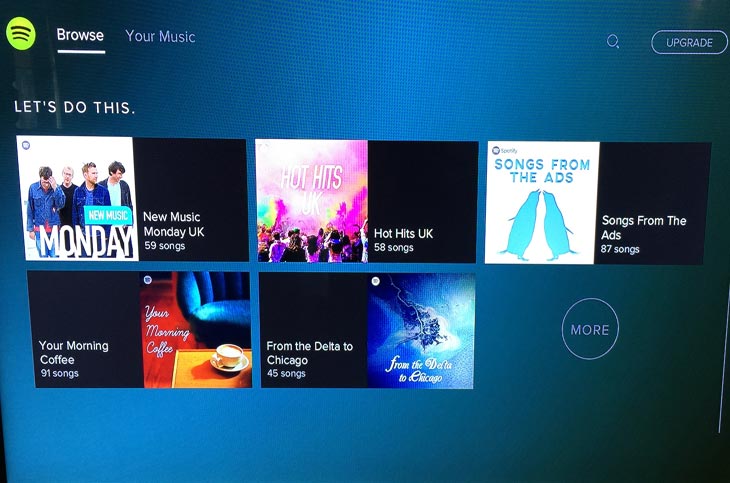 Once you load up the new PlayStation Music option it showcases different ways of viewing songs, in much the same way you would be used to with other applications for Spotify. This allows console owners to view music ideal for morning coffee, the top chart music in the UK, and many other options.

The PS4 Spotify app is currently at version 1.0 and has a file size of 80.61 MB. There could be an update to the app in April to fix minor problems rather than bring new features, so if you have any issues then leave them in the comments.

Would you prefer not to see the Spotify app on your PS4 and if so, do you want to remove it? Personally, we have downloaded the application and welcome it to our machine, but not all users will feel the same. While much of this service is free, if you want the full range of music then you will need to upgrade your account and pay a monthly fee.