We first heard news about the possible release of Splinter Cell and Prince of Persia Trilogies back in August this year, when they appeared on the Amazon France website. Now we have a bit more news for you, as Ubisoft has just confirmed that the Splinter Cell Trilogy will indeed be coming to the PS3 in 2011.

According to a recent article by Andrew Yoon over at joystiq.com, the developer confirmed the upcoming arrival of the Splinter Cell Trilogy to IGN and as previously speculated, it will include HD updates of the original Splinter Cell game as well as Splinter Cell: Pandora Tomorrow and Splinter Cell: Chaos Theory. 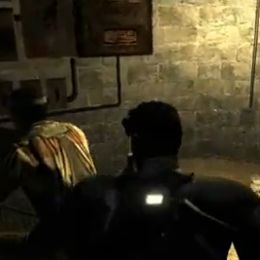 As stated at uk.ps3.ign.com, the Splinter Cell Trilogy is just one of the many HD collections to hit the PlayStation 3. The Prince of Persia Trilogy was released earlier this year, and there has been recent confirmation by Crystal Dynamics of a Tomb Raider Trilogy next year.

Unfortunately there were no other details given about the upcoming Splinter Cell Trilogy. Do you think it will be released on Blu-ray disc or via the PlayStation Network like the PoP HD Trilogy? Will you be buying the Splinter Cell HD collection?