Although Ubisoft recently confirmed that there would indeed be a Splinter Cell Trilogy arriving exclusively for the PlayStation 3 in 2011, they did not reveal a specific release date. All gamers knew at the time was that the collection would include HD updates of the first three Splinter Cell titles.

However, it now appears that the Splinter Cell Compilation — originally known as the Splinter Cell Trilogy — has been given a release date. According to Jonathan Leack over at playstationlifestyle.net, the exclusive PS3 collection is scheduled to be released on March 22nd, 2011. 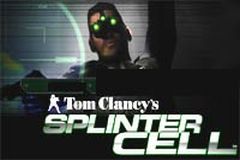 Even though most Splinter Cell fans have likely played (and possibly own) all the games in the Splinter Cell series, they still might like to own the updated HD versions. PS3 gamers have the arrivals of Mass Effect 2, LittleBigPlanet 2 and Killzone 3 to look forward to before the Splinter Cell Compilation arrives.

Will you be purchasing the Splinter Cell Compilation?