In three months time we should see the release of the Spider-Man: Shattered Dimensions video game, this game is currently scheduled for release on September 7th and will be coming to Nintendo DS, Nintendo Wii, Sony PS3 and Xbox 360.

A recent article posted on TheKoalition features four screens from the upcoming game, not a huge amount is revealed in the screens, however it does show us that Spider-Man 2099 will be a playable character.

We have embedded our favorite of the screens at the end of this post, however if you would like to see all four check out this link.

Full details regarding Spider-Man: Shattered Dimensions are currently unknown, however we now know that there will be three playable versions of Spider-man, these are the mainstream universe version, noir universe version and 2099 universe, I think 2099 version looks the coolest, what do you think? 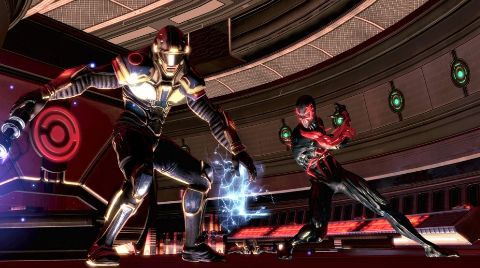