If you haven’t pre-ordered Spider-Man on PS4 yet, you might just want to go ahead and do it as the second bonus pre-order suit has now been revealed.

We told you recently that the first suit would be punk spidey but now Insomniac are taking it to the next level by adding the Iron Spider Infinity War suit to Spider-Man PS4 from the upcoming movie.

A leaked PlayStation Video has been circulating on Twitter showing the new suit in action and it looks absolutely incredible. 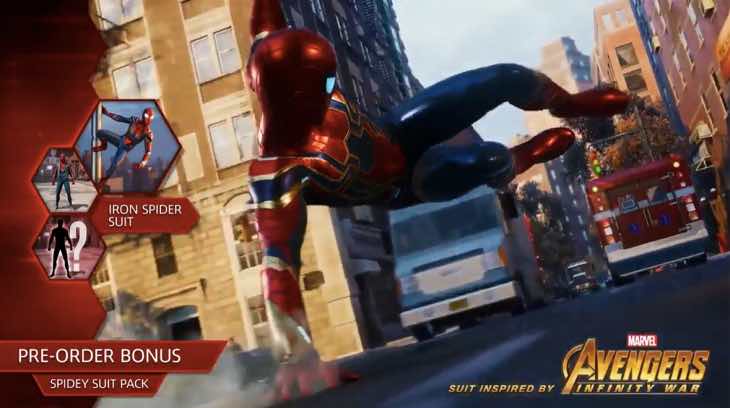 You’ll agree that it looks pretty amazing and we can’t wait to see what the final pre-order suit will be when it is revealed this Summer.

Spiderman PS4 is out on September 7, let us know what you want to see as the last suit!