Bugatti certainly has a huge task ahead because the successor to the Veyron has some huge boots to fill. However, if this speculative render of the Bugatti Chiron design is anything to go by, then things do look rather promising.

However, it is worth pointing out that while this new model is said to feature an aero-efficient design, it is an evolution over the Veyron rather than a revolution. This was always going to be an issue because the Veyron was such a masterpiece in terms of its looks and technology, that Bugatti was never going to be able to turn the hypercar market on its head for a second time — or not for at least a decade anyway. 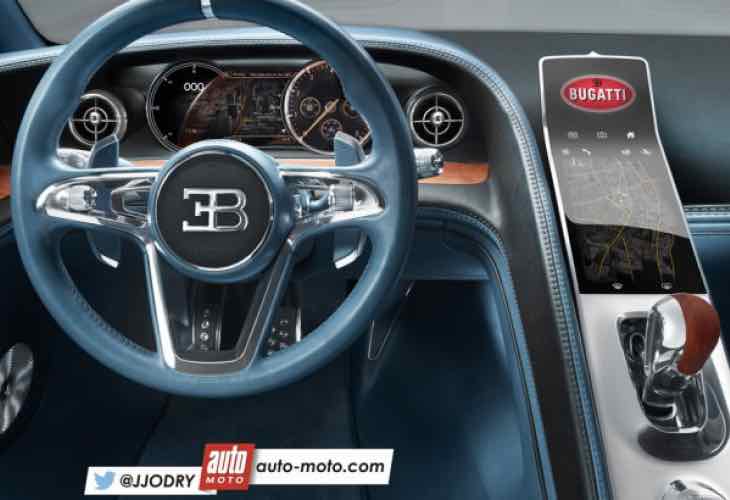 We can see from the render below, thanks to Auto-moto, that there are many design changes over the Veyron, although there are still areas that you can say yes, that has been borrowed from the Veyron, but made just that bit better.

It’s not just the exterior, as we have also been treated to an insight into what the Bugatti Chiron interior could look like, and what a very luxurious place it is as well. You can see hints of the Bentley EXP 10 Speed 6 Concept, although this is no surprise, as we know Bugatti will aim to give its new model astonishing performance, while offering the driver the optimum in luxury.

As for performance and its possible release, we suspect it will come with a 1,500 horsepower 8.0-liter W16 engine at the very least, and reach a top speed of over 463 km/h. We do not know when its release will be, although we suspect Bugatti will unveil the Chiron sometime in 2016.