With the 2015 Los Angeles Auto Show still 7 months away we have already started to gather some speculative launch details on the all-new Hyundai Elantra. It’s been a couple of years since the current model was released, and so a bit of a facelift is overdue.

There have already been some leaked specs of the 2016 Hyundai Elantra, and we have now come across some leaked images of its interior and exterior thanks to Paul Tan.

However, we had already seen an image last month of what the new model was to look like, and so it will be interesting to see if they are accurate or not during the LA Auto Show in November. However, there is a huge possibility that we will get to see this car debut before that in South Korea, although not certain if it will be its own launch event or not. 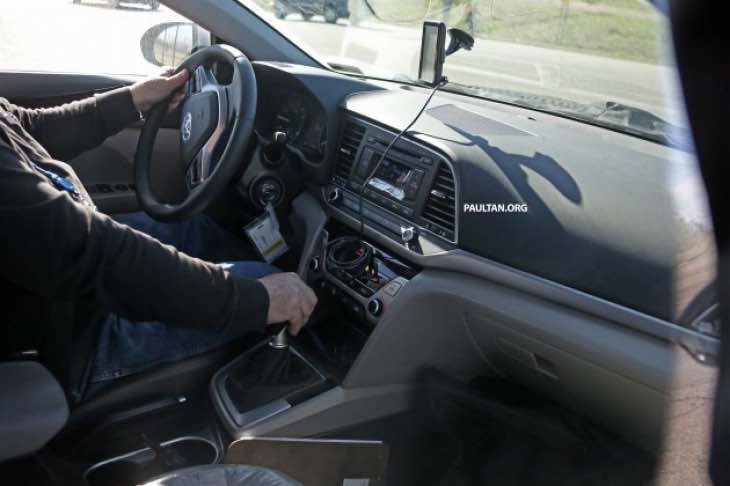 Going back to that spy shot of the next generation Hyundai Elantra interior, it would seem as though it takes some inspiration from the Sonata, well the upper half anyway. However, you will also notice a slight resemblance to the air con panel area in the new Tucson.

As for its release date, we highly doubt the new model will be in showrooms until early 2016 at least. If this model is not to your liking, then you could always go for the new Hyundai i40, as pre-orders are now live.