A great track and field game for the iPhone has recently received an update. Spartan Athletics 1.1 is also available for owners of the iPod Touch and iPad.

Released by Sydney based SpartanApps, the app is a touch screen gaming bonanza which puts players into the shoes of an ancient Spartan athlete. Players have to compete in a variety of track and field events in this fun game.

The game has players competing in all ten original Olympic Decathlon events, in stunning 3D graphics. There is now the new feature of Wi-Fi integration which will allow players to compete with their friends. Spartan Athletics is like having ten mini games in one application.

Whether you are doing the 110 Meter Hurdles or the Pole Vault, plenty of fun and action is to be had with the game. Check out the video of the game in action below. 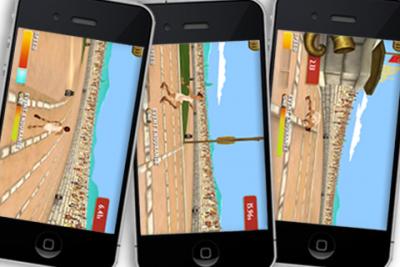 Spartan Athletics 1.1 is available worldwide on the App Store for the special limited time price of $0.99/£0.59. iOS 3.0 or later required.