It has come to our attention that Sony has suffered a phishing attack, but we have to inform you that this is nothing to do with the recent PSN hack that crippled the network for almost a month. The attack happened on an Italian bank website, which is served under the domain hdworld.sony.co.th.

F-Secure were one of the first to spot the attack, so felt impelled to report the news and release a few screen shots in the process. As we said above this has nothing to do with the recent attacks on the PlayStation Network, but this will still be a headache for Sony, who are doing all they can to bounce back from the recent event.

We know that this is not an important server in the grand scale of things, but it is still a sign that there are issues. Knowing that Sony has been hacked yet again makes you wonder if something else is really going on? F-Secure has since tried to visit the site again, but Sony or someone else seems to have taken action, as it returns a 404 error. 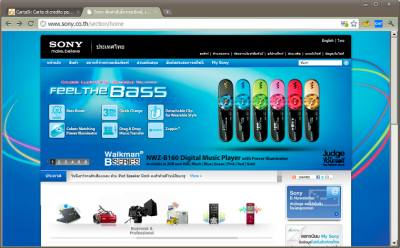 Sony must be thinking that someone is out to get them at the moment, as this is just the latest of a number of issues that have happened. PSN users are still a bit wary – ways to stay safe– as they still do not know if they will come under any spearfishing attacks. So far there has not been any reported incidents, but we have to warn you to stay vigilant.

Do you think that this latest issue with Sony is anything to worry about?