We have some important news for PS3 owners now, as it has been confirmed that yet another revision of the PS3 is under way. Details are pretty minimal at the moment, but amid speculation that a next generation ‘PlayStation 4’ is on the way, it’s clear that Sony still has the PS3 firmly in their minds.

Earlier this week, Sony confirmed that a new 320GB PS3 slim model will be releasing in Japan during September and it will be a PS3 that’s lighter and more energy efficient than current models today.

How lighter and efficient you ask? Well the new model will weigh in at 2.6kg, which is lighter in comparison to the 3.0kg models available now. The system will also run at 200 watts, which is slightly more efficient than 230 seen in current models, according to AndriaSang. Its appearance will be largely the same as standard PS3 slim models, with the one notable exception being charcoal flavored icons for the eject and power on buttons located on the PS3 slim ‘lip’.

The new model will be available for Japan only at the moment, as there’s no official word on a release in Europe or the US. It will be available to buy this Fall, priced at ¥34,980, according to the official Japanese PlayStation website.

While we welcome a new lighter and more energy efficient console, we still would have liked some extra functionality in there. Millions of consumers now have access to a PlayStation 3, and if Sony are looking to attract gamers to this new SKU, an added incentive would have been nice to sweeten the deal. For example, this could have been a discounted price, as 35,000 Yen works out at around $437, not exactly appealing for consumers even though it brings a 320GB HDD with it.

While we realise that the Welcome Back package has only just been activated for current PSN users and offers a selection of free games, everyone likes to see a couple of free games bunded with new PS3 SKU units, so again perhaps that aspect is a little disappointing for some of you as well. If Sony were really clever, they would make this new system backwards compatible with PS2 games, that would really boost sales from consumers who still love to enjoy their PS2 titles – what do you think about this?

Everyone is talking about the PlayStation 4 now and when it will be arriving, so this new PS3 model has definitely come out of the blue it seems. Is this a hidden indictation from Sony that the PlayStation 4 definitely isn’t on the horizon anytime soon? We’ve heard many whispers that Sony will have their next generation PlayStation ready in time for E3 2012, but since they are still focused on releasing new PS3 models, it’s fair to say that any PS4 2012 release hopes have just been dashed.

What are your thoughts on Sony’s timing on this new 320GB PS3 SKU. Do you think it bears any significance to the release of the PlayStation 4? 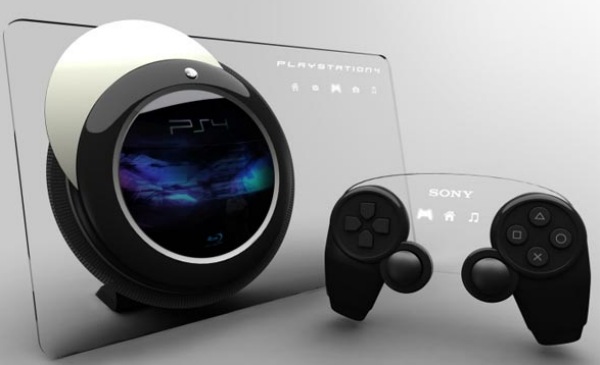