Just when you thought that the ancient, but loveable Sony Walkman brand of products were finished, evidence is mounting that one last Sony Walkman may have its moment to shine. The Sony ZX1 is selling very well in Japan and we can see that anticipation and excitement is already increasing for the US release.

The Sony ZX1 has been on sale in Japan since December and the gorgeous aluminium design appears to have gone down a treat with consumers who are viewing it as a premium iPod.

Sony themselves are saying that each ZX1 is built from a single block of aluminium and is one of the sole reasons why the device retails at a rather pricey $700USD.

What you get for that price though is premium quality all over, including 128GB of storage and support for the new hi-resolution audio file which promises professional sound quality that you won’t hear on standard MP3s. 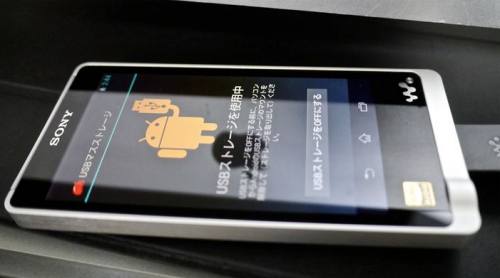 Unfortunately, there is no Sony ZX1 US release date announced yet, as Sony are probably observing how well their flagship hi-res Walkman device performs first, before bringing it stateside.

For those willing to pay above the odds though, you can still import if you really want one bad enough. Is this something you are interested in getting before the end of the year? We’ll update you when we get solid US availability.