Earlier on in the week we told you that the upcoming Sony Xperia Z3 tablet would be getting an official update to Android 5.0 Lollipop after Sony confirmed the news. Now though, we can see that pre-orders for the smaller tablet have just gone live, but there is some unease over Sony’s asking price of $499.

Just like Sony’s larger Xperia Tablet range, there’s no denying that this is a device that is geared towards the premium market. The 8-inch tablet looks like a premium product and Sony are now claiming it to be the ‘world’s most powerful and lightest waterproof tablet’.

When you look at the fact that it includes specs such as 3GB of RAM, a quad-core 2.5 GHz Qualcomm Snapdragon 801 processor and a monster 4500mAh battery – it’s hard to disagree with Sony in that aspect. 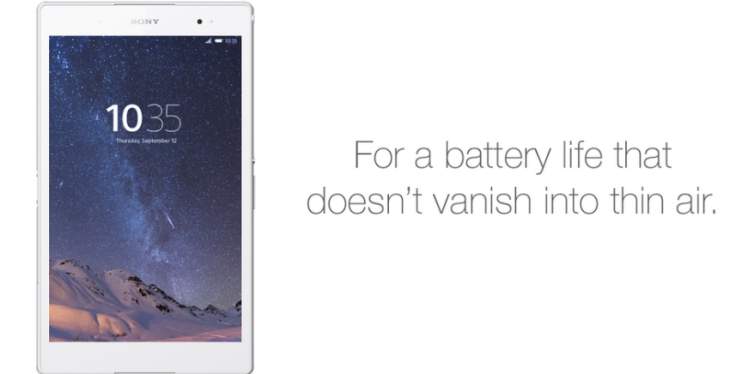 However, given the luxury specs is it still worth paying $499 for one? Many are saying that it’s too expensive for an 8-inch tablet, considering that you could get a gold iPad Mini 3 in 64GB capacity for the same price of $499 – the Xperia Z3 Tablet Compact will offer 32GB.

It may just come down once again to which OS you like the most between iOS and Android. The iPad Mini 3 will ship with iOS 8.1, while the Xperia Z3 Tablet Compact is going to be running Android 5.0 Lollipop as of early 2015.

Is the addition of MicroSD storage the big factor for you when deciding which $499 tablet to buy? Give us your thoughts on both devices below.