If you are a Sony Xperia Tablet Z user, your device is set to undergo a pleasing transformation this month. We already know that Sony has confirmed Android 4.3 Jelly Bean for the tablet, but now we’re pleased to give you a preview early of how the update will look once installed.

Although there is no set release date for Android 4.3, it could be coming very soon as whispers online suggest that the update has now passed the final stage of testing. Sony themselves state that the update is ‘just around the corner’, but now thanks to an early developer version – you can get a preview of Android 4.3 right now.

We’ve included a video below which gives you a mini Xperia Tablet Z Android 4.3 review, before the update is even out. This is a video by Sony’s development team and offers a great look at the interface changes that you’ll see when updating to Android 4.3. 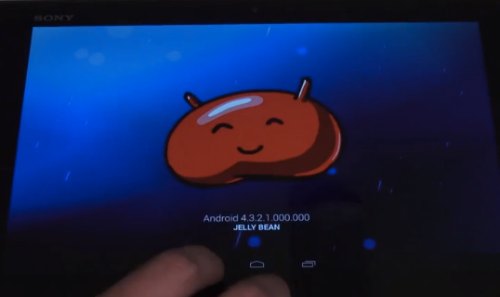 Don’t forget that this video was uploaded by Sony in July, so the update will be completed now and at a much more advanced stage from what we see in this clip.

Are you looking forward to the Android 4.3 update for your Sony Xperia Tablet Z?