As we told you earlier, Sony Ericsson has finally unveiled the PlayStation Phone to the world, at Mobile World Congress in Barcelona. The device will be available next month, and now we have a new gameplay video for you to watch, showing off two of the launch titles on offer.

If you were presuming that the Xperia Play would offer a healthy collection of PS1 titles on the go, you would be right in guessing that, but you may not realise that one will come pre-loaded on the device.

Sony didn’t actually announce this pre-loaded title at MWC 2011, but we can confirm that you’ll get the classic Crash Bandicoot PS1 title ready to play as soon as you boot up the device.

Furthermore, football fans will also be pleased to hear that a version of FIFA will also be making an appearance on the Xperia Play. A hands-on video provided by Engadget below gives you a quick glimpse of what both games look like. We have to admit that we’re not too impressed by FIFA. Perhaps the low-quality video is to blame, but the graphics don’t do much to blow you away do they?

Crash Bandicoot on the other hand looks just like we’d expect it to, with the added bonus of running in smooth 60FPS graphics. Check out the video below and let us know your thoughts on both titles. Are you a bit disappointed with the FIFA quality too? 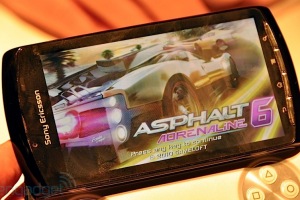