Today marked the announcement of Sony’s next release in mobile technology, the Sony Xperia Play was revealed to a crowd at the Mobile World Congress in Barcelona and details were given about the specs and features of the new cell phone/game console.

The device will run on Google’s Android Gingerbread system and will be released to the U.S first with Verizon being the first to carry the device when it ships in early spring. The new device will launch with 50 playable titles, will be able to function with PSN and will come with a classic PlayStation game pre-loaded.

The phone works like a smartphone on its upper-face with a 4-inch multi-touch display, it is powered by a 1Ghz Snapdragon processor and features four “Android” buttons below the screen. When you slide the under-side out you will reveal a slick gamepad, similar to the traditional Playstation setup with the four-way D-pad and dual analog touch pads (in place of actual analog sticks), on the back on the device you will find sholder buttons we are also told that you can expect 60 frames-per-second visuals. 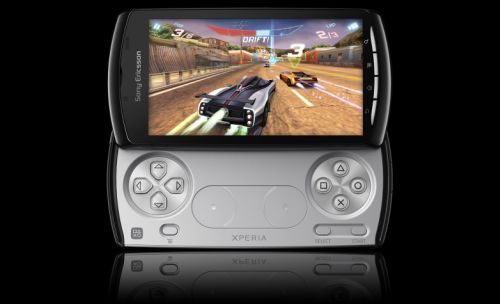 Like any modern cell phone nowadays, a phone would not be complete without a camera and this device comes with a mid-range 5.0 megapixel camera, however I do not think you will be too worried about the camera due to the awesome gaming capabilities this cell phone is all about, you will be spending less time snapping and more time playing.

The Xperia Play has already attracted huge interest from games developers, titles which could be hitting the phone soon after its release are FIFA soccer, Assassins Creed, Guitar Hero and Dead Space to name a few. Which games would you like on your Xperia Play?