We already know that Sony unveiled two new VAIO notebooks, the Y VPCYB1S1E/S and the VPCYA1V9E/B. The only difference between the two is the processor; one is an Intel and the other an AMD. Now the Japanese consumer electronics maker has announced the SA and SB to add to its ever-growing VAIO range.

These two laptops are for its high-end range, the one with the Intel Core i7-2620M will be the more expensive of the two and will come with 4GB of RAM, 128GB SSD and an AMD Radeon HD 6630M graphics card. This kind of specs will come at a price though; almost $2,500 — still not bad when you look at what you are getting for your money though.

The other model will come with a less-powerful Intel Core i5 chip, but will still be more than enough for most of your needs. We assume that the rest of the specs will be the same, but Engadget is uncertain when both laptops will be released. There is a video for you to see the prototype of this laptop in action. 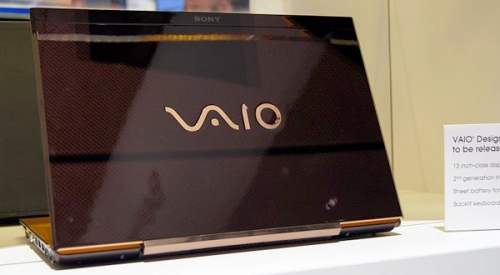 Laptop Computer Planet Blog has been able to offer more details for each device, and as such has a spec list. We were shocked to see that another model was spotted and will offer 8GB of RAM — now that will be one powerful machine.

Take a look at the four and let us know which one you would rather?