Sony is probably most famous for the Walkman or more recently the PlayStation, but the company has also made some impressive AV receivers over the years. They have now announced their 2011 line up of midrange AV receivers which start at a respectable $230.

Sony have made a lot of changes from last year’s models, and one of the most useful features is the addition of USB iPod connectivity, according to a report by Matthew Moskovciak over at Cnet. The $500 STR-DN1020 will be getting support for Sony’s audio streaming service HomeShare.

All of the new range offers up to 7.1 surround sound, and the base unit STR-DH520 has a list price of $230. This has four HDMI inputs, 3D video pass-through, two component video inputs, and will be available this month. 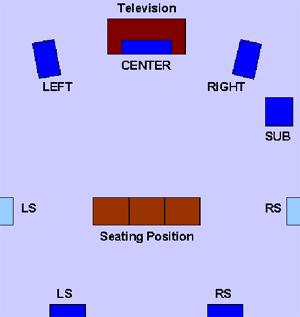 Most receivers these days have the option of using a 7.1 set up, but most people stick to a 5.1 configuration for various reasons, but what is better to have? Robert Silva from About.com has written an article looking at the advantages and disadvantages of both setups.

If you are stuck for room size a 5.1 setup can be a perfectly good option to have, watching those HD movies on your large screen TV will have never sounded so good.

But having a 7.1 setup can provide a very useful option to have as you expand your system. You can also use the two extra channels to run a two channel stereo system in another room.

Do you have a surround sound set up?