It looks like the next major firmware update for the PS4 is on the horizon, with Sony now starting to send out official invites to select users to beta test the software early.

However, Sony has taken the unusual step to advise players that the PS4 6.0 update beta test does not include any actual new features for users to enjoy.

Sony has labelled the new features as ‘consumer-facing’ features and has instead said that those testing will see minor quality of life changes. 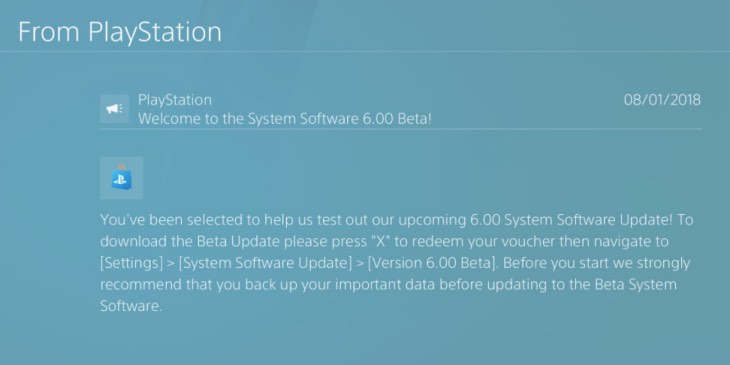 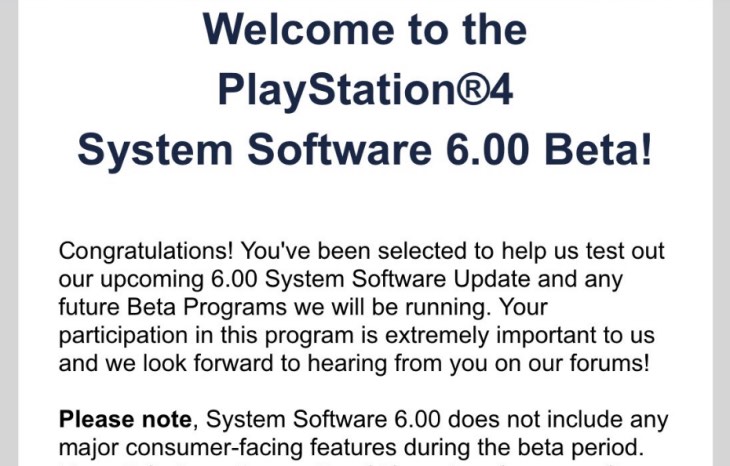 As you can imagine, those who were lucky enough to receive invites via email are now a bit confused as to why they are testing in the first place if there are no new features to test.

Did you receive the same email from PlayStation this week? Let us know in our comments section below.