As you know, gaming console comparisons — such as the Xbox 360 vs. the PlayStation 3 — have been going on for quite some time now. Not only have we seen the graphics compared on games such as Mass Effect 2, but we’ve also seen Christmas sales and even next-gen consoles (PS4/Xbox 720) compared.

Now it appears that the upcoming PSP2 and Nintendo 3DS are also receiving the comparison treatment. For example, an interesting article over at computerandvideogames.com (by Tom Ivan) takes a look at the processing powers of both the Nintendo DS and Sony’s second generation PSP.

As Tom notes, recent rumors suggested that the PSP2 will be as powerful as the PS3. In the meantime, the Nintendo 3DS is said to sport two 266MHz ARM11 CPUs, as well as 1.5Gbs of flash storage, 64MB of RAM, 4MB of dedicated VRAM and a 133MHz GPU. 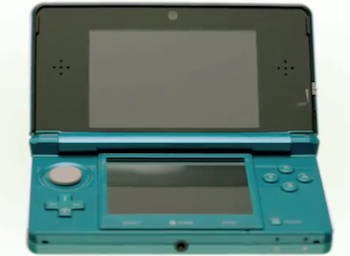 This is pretty much the same comparison that’s seen in a recent article over on the eurogamer.net website. As the author of the article notes, the Tegra 2 — which is expected to be included in the new 3DS handheld — is said to provide a significant jump in performance compared to the DS.

Reports have also suggested that a multi-core (possibly four-core) variant of the SGX543 could well be the GPU choice for the upcoming PlayStation Portable 2. A PSP2 vs. Nintendo 3DS comparison video has also surfaced over on YouTube, which you can check out via the link here.

As for which handheld console will be the more popular, Shobz from the webscopia.com website believes it will be the Nintendo 3DS. Although at this stage, we don’t really know enough about the Sony PSP2. Rumors have suggested the PSP2 will have front and rear cameras and a HD touchscreen.

Have you decided which console you will be buying yet?