We have yet another specs update for the still-unannounced PSP2 handheld device, as it has been claimed that the unit will feature the exact same CPU and GPU as Apple’s next major hardware devices, the iPhone 5 smartphone and the iPad 2 tablet.

As reported from VG247, the information has surfaced from French website 01.net, who state that their trusted sources obtained the information via PSP2 development kits, which were thought to be in wide circulation towards the end of last year.

If their report is to be believed, then the PSP2 may feature a Quad-core ARM Cortex A9 CPU and a PowerVR SGX 543 MP4+ for it’s GPU, both of which will also be featured in the iPhone 5 and iPad 2 – nothing official yet though.

Other specs listed by the site include a 5-inch OLED multitouch screen, which may raise a few eyebrows. We recently told you that the PSP2 would offer 3G connectivity and an OLED touch display, while just yesterday, we revealed the first rumored picture of the device, which contained a stylus pen as well – could this be used for this multitouch display that 01.net are talking about? 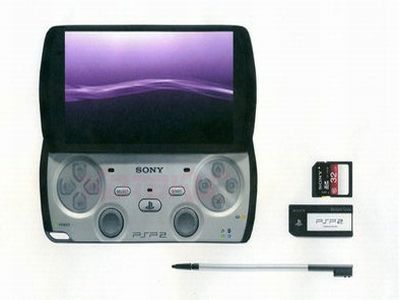 There are more specs over at VG247, but we’re interested in what you think about the PSP2’s potential CPU and GPU specs. Are you surprised that all three devices may carry the same core components?