For those of you who are planning to buy the PSP2 handheld console from Sony this year, you’ll be pleased to hear that another source within the industry has publicly stated that the system is as powerful as a PS3.

If you had read the report last month which suggested that the upcoming handheld would be able to run Uncharted 3, you were probably thinking at the time that it would be impossible.

But now, Codemasters boss Rod Cousens has backed up claims of the PSP2’s power, with the following statement:

“In portable areas you’re going to have statements, which already out in the press, saying PlayStation Portable 2 is as powerful as the PlayStation 3 — which is true.”

If Cousens is to be believed, then we can’t wait to see what Sony announce this week at their special conference in Japan on Thursday – Just imagine for a second guys, a PS3 sitting in the palm of your hands could be a reality before the end of the year. 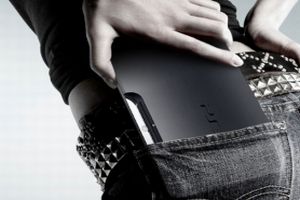 However, as we all know too well, the PSP2 is unlikely to come in at an affordable price point. If the system can indeed manage to churn out games of PS3 quality, then Sony are obviously going to command a very high price for it – so don’t be surprised if the PSP 2 ends up more expensive than the current price for a PS3 console – $299.99 at least.

What are your thoughts on the price for the PSP2? What price do you think Sony will announce for it?