Some breaking news to bring you now, as we are happy to confirm that all the recent rumor and speculation about the next generation PSP device was true – Sony has just announced and unveiled the device at their PlayStation meeting in Japan.

It seems as if the device won’t be called the PSP2, but rather ‘NGP’ which stands for Next Generation Portable. Further evidence of it not being called the PSP2 can be seen on the device itself, as the front branding simply has the word ‘PlayStation’ in the centre.

The specs are very similar to what has been leaked already. The NGP will offer a 5-inch OLED touchscreen, with a high quality resolution of 960 x 544. Then we have two analogue sticks, TWO touchpads on the device ( one front, one back) and front and rear cameras although Sony didn’t specify how many megapixels they were, yet.

Another spec which was leaked beforehand was the inclusion of 3G connectivity. Along with that, you’ll also get WiFi, GPS, a Gyroscope and an accelerometer – both of which are the exact same ones featured in the PlayStation Move accessory for the PS3.

Perhaps the most surprising aspect of the reveal, is the fact that the Sony NGP will be hitting stores during the holiday season – this year! No word on pricing yet, but we’ll update this if Sony announce further details.

Below is the first picture of the device, there are plenty over at Engadget, go take a look. We’ll be bringing you a lot more on the NGP shortly, including a list of games that have been revealed so far. For now, give us your reaction to the device – are you as excited as we are? 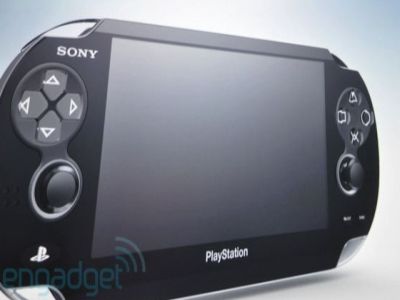